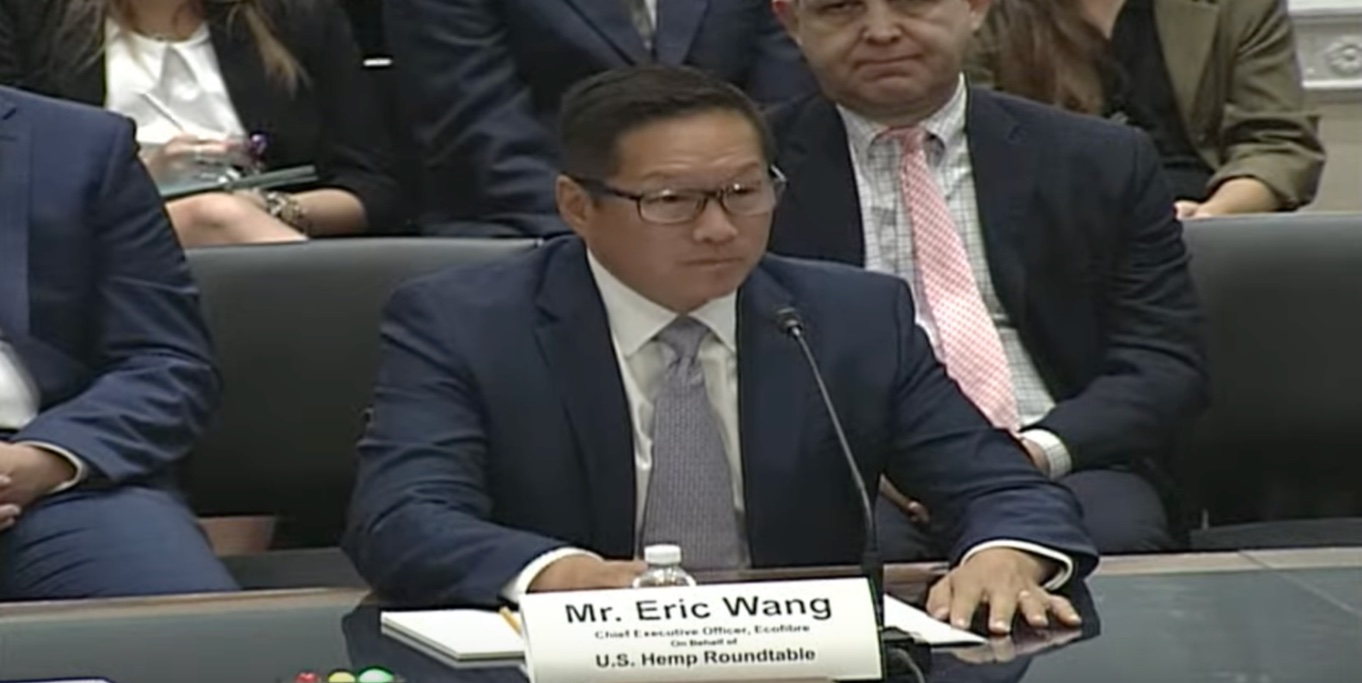 Madame Chairwoman, members of the committee, I am very grateful for the opportunity to testify to you today about the emerging U.S. hemp industry, its challenges, and its many opportunities that can be achieved through your assistance with the 2023 U.S. Farm Bill. I am testifying as the CEO of Ecofibre and on behalf of the U.S. Hemp Roundtable, the hemp industry’s national advocacy organization, for which I serve as Vice President for Sustainability.

Ecofibre is a diversified industrial hemp company with operations in Georgetown, KY, Greensboro, NC and Sydney, Australia. We have vertically integrated operations across three business divisions that include hemp grain for food, hemp flower for CBD and the hemp stalk for high-performance industrial uses. We have been in operation in Australia since 1999 and in the US since 2015 following the start of the hemp pilot program in the 2014 Farm Bill.

Over the past 20 years Ecofibre has developed one of the largest and most diverse hemp genetics collections. In the United States for the 2022-23 growing season, we are providing hemp genetics to growers and Universities to support 24,000 acres of industrial hemp for commercial and research purposes. This growing is taking place in 19 States.

While Ecofibre is publicly traded on the Australian Stock Exchange, most of our operations and more importantly over 90% of our capital has been invested in our US operations in KY and NC.

I have disproportionally invested into the US due to the tremendous potential of the industrial hemp market but more importantly the strong bi-partisan support that I have seen for developing a new highly-sustainable agricultural crop of US farmers, introducing new US manufacturing industries to take advantage of the multitude of uses for industrial hemp, and finally a net zero carbon solution via industrial hemp which is considered to be one of the most carbon negative agricultural or forestry crops available. Given most things that we produce and do in the world today are carbon positive, industrial hemp allows us, in a good way, to Think Negative.

While there is tremendous opportunity, there are some challenges that the industry does face as it develops and matures. In passing the 2018 Farm Bill, Congress made clear its intent to support the production and sale of hemp and hemp derivatives such as CBD. Thousands of U.S. growers planted hemp in response, with farming for CBD representing most of all hemp acreage. However, public statements by FDA officials stating that it is unlawful to sell ingestible hemp- derived CBD products have taken their toll on the industry. CBD commerce and investment have been chilled due to continued inaction at the federal level, impairing economic opportunity for American farmers.

Farmers are not the only ones who are being negatively impacted by this regulatory uncertainty. Consumers are also impacted. Bad actors are selling products without appropriate safeguards and misleading consumers with false label claims. Further, some struggling farmers and businesses have pivoted to market intoxicating products such as Delta-8 THC, prompting FDA and CDC warnings that they pose significant consumer health and safety risks, particularly for minors. A clear regulatory pathway for CBD would not only relieve the economic pressure that is leading to this product shift, but it would also help ensure products do not contain intoxicating hemp ingredients.

At a May hearing, FDA Commissioner Robert Califf testified to his disappointment in the lack of agency action on CBD, and expressed his interest in developing a regulatory path, but stated that FDA’s authorities are limited under the current law. As you develop the 2023 Farm Bill, I ask you to provide FDA with that authority by including language such as found in HR 841, a bill with 41 bi-partisan co-sponsors that would regulate CBD and other non-intoxicating hemp derivatives as dietary supplements.

I hope you will also consider including provisions from Rep. Chellie Pingree’s Hemp Advancement Act, which among other important things, would take necessary steps to limit the hemp product pathway to only non-intoxicating compounds.

I would like to thank this committee for its time today and I believe that regulatory clarity for CBD will help create the positive momentum required to see the US once again become the international leader in industrial hemp.