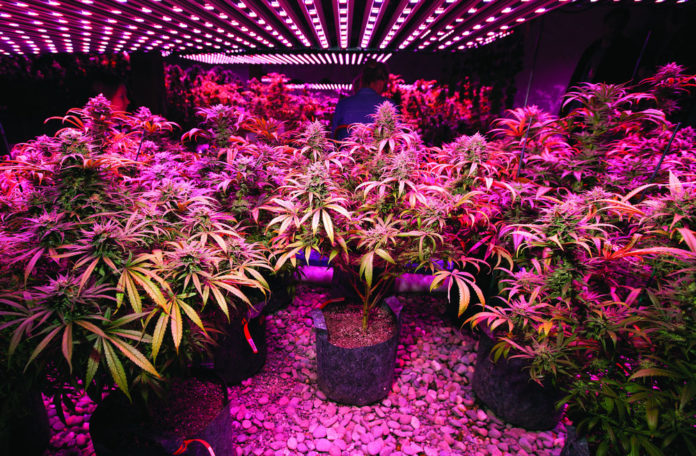 The U.S. Department of Justice and the U.S. Drug Enforcement Administration (DEA) have proposed to significantly increase the amount of cannabis that can legally grow in the U.S. for research purposes and reduce the number of opioids that are manufactured in the nation in 2019.

The 2019 Aggregate Production Quota for Schedule I and II Controlled Substances was signed by the Acting Administrator on August 14 and revealed that the DEA is proposing a production quota of 2,450,000 grams of marijuana for 2019. The figure represents a fivefold increase from the amount of marijuana authorized to be produced by the DEA throughout this year — 443,680 grams.

A press release also published this month has emphasized that proposing a reduction in the manufacturing quotes for opioids is one way to attempt to lower the availability of substances that are associated with diversion, illicit trades, and addiction.

DEA officials stated that it is crucial to make sure that the U.S. continues to produce enough opioids for legitimate scientific and medical research as well as industrial needs while also protecting American citizens and promoting safe practices among pharmaceutical companies and manufacturers. The announcement highlighted that the agency is aiming to lower the production of the most common opioids classified as Schedule II, such as oxycodone, morphine, and fentanyl.

Given its low potential for misuse and diversion, a number of neurobiologists and scientists have expressed that cannabidiol (CBD) is likely the cannabis component with the most potential for therapeutic use in pain management.

Delta-9-tetrahydrocannabinol (THC) is the prominent psychoactive component of marijuana while CBD is a non-psychoactive and non-intoxicating cannabinoid found in cannabis that has been popularly known for its sedatives and analgesic properties.

Recent research has revealed that CBD has potential in assisting individuals who struggle with different types of addiction. For instance, a randomized, double-blind study — published in May in the peer-reviewed journal Addiction and led by the Clinical Psychopharmacology Unit at the University College London — found that CBD promoted abstinence among dependent cigarette smokers.

Preclinical studies have shown that CBD may be able to reduce opioid cravings and withdrawal symptoms among those who have an opioid use disorder.

“What is interesting is that the studies that looked at opioid reduction, have also had secondary outcomes where people are using less tobacco and alcohol as well,” said Dr. Alex Capano, a nurse practitioner with degrees in neuroscience and a doctoral degree (DNP) and the medical director for United Life Science, which operates Ecofibre Industries, Ananda Professional and Ananda Hemp, which has been a pioneer in the U.S. hemp industry.

In one of these studies, published last year in the Journal of Psychopharmacology, more than 1,500 New England residents were surveyed and results showed that more than 75 percent of them used fewer opioids as well as medications to treat anxiety, migraines, and insomnia after starting treatment with medical cannabis. Medical cannabis was also found to be associated with a decreased use of alcohol and antidepressants.

“CBD is not only pretty well-established as an effective pain reliever but it’s also safe to use as an adjunct with opioids,” Capano said. “It doesn’t increase respiratory depression risk and there are also studies that show that it can actually reduce cravings and withdrawal symptoms. It does not work on the reward receptors of the brain the same way so there is no risk of dependence or addiction. So, it’s not substituting one substance abuse for another.”

Animal laboratory studies have also found that CBD exposure was linked to a reduction in opioid-seeking behavior and current human data is consistent with results from the animal models, according to researchers from the Departments of Psychiatry, Neuroscience and Pharmacology and Systems Therapeutics at Icahn School of Medicine at Mount Sinai.

Additionally, a 2017 clinical review supported by the National Institute on Drug Abuse (NIDA) called for an increase in the use cannabis pharmacotherapy for pain management, highlighting evidence that such increase has been associated with a decrease in the use of opioids to treat pain.

Although the recent findings may have prompted the DEA to propose the increase in marijuana cultivation, the agency has not yet announced any drug scheduling changes for the substance or its components. Thus, marijuana (cannabis) should remain classified as a Schedule I drug — along with heroin, methaqualone, peyote, LSD, and ecstasy.

“We are really handcuffed when it comes to getting quality, well-designed studies because of the Schedule I regulation,” Capano said. “It often takes years for studies with placebo to be approved and the research is really lagging behind in the U.S.”

Only one laboratory in the country is currently authorized by NIDA to grow cannabis for research. But the recently-announced increase in manufacturing might be an indication that more facilities will be allowed to conduct research and testing with cannabis.

Capano explained that there are a lot of misconceptions when it comes to the products that are categorized as ‘full spectrum,’ or products that contain unmodified cannabinoids and compounds extracted from cannabis plants that have been found to be more effective when used together than when separated into purified molecules.

“Full-spectrum products include omega-3, omega-6, CBD but also other compounds that work synergistically to provide a much more potent effect at a lower dose than you would get with just CBD,” she said. “Isolated CBD is not as effective at the same dose but also has a higher frequency of side effects. We’ve evolved with nature to get the benefits of these whole foods so isolate molecules have their purpose but are not as therapeutic.”

The misconceptions are usually associated with the fact that full-spectrum products tend to contain THC.

“We need more studies,” Capano said. “I think there’s not enough evidence to tell whether or not these very low, microdose levels of THC are high enough to induce addictive behavior. But there are also full-spectrum products without THC to eliminate any potential risk, even though I personally don’t think it’s there.”

The FDA is not proposing any updates in the quantities of THC produced in the country in 2019 and intends to clear the same exact amount of THC (4,460 grams) as it cleared for 2018.

“I think education is really important,” Capano concluded. “There’s a huge knowledge gap at the public level and in the medical and healthcare community.”